An interesting article has appeared on the Guardian Voluntary Sector Network's pages, written anonymously by the Chief Executive of a "well known, medium-sized charity" (see the link below). The article discusses charity mergers, or more accurately, the lack of charity mergers.

As discussed in my article for our last Charities Newsletter (see http://www.brabners.com/articles/charities-and-social-enterprise-news/%E2%80%9Capply-or-explain%E2%80%9D-%E2%80%93-new-code-charity-governance), it was anticipated that the number of charity mergers would increase during this decade, largely as a result of the financial crisis and the funding challenges most in the sector have experienced.

However, the statistics cited below very clearly demonstrate that mergers very rarely feature in discussions at trustee meetings.

The new Charity Governance Code includes an explicit requirement that trustees consider the benefits and risks of partnership working, merger or dissolution if other organisations are fulfilling similar charitable purposes more effectively.

Whether the new Code contributes to an increase in mergers remains to be seen but charity trustees should certainly consider devoting some time to strategy generally and consider whether a merger or partnership of some description might contribute to the more effective delivery of services to beneficiaries.

The statistics set out in the article below reflect my own experience of charity mergers. They are very rare and are usually driven by a problem having arisen with one of the parties (and therefore to some extent the merger is forced, or a last resort).

In most cases however, the end result is a positive one for the beneficiaries of the charities involved.

The problem with mergers is that people lose their jobs or might have to change their way of working. Of course, this isn’t everyone’s reaction, but in my experience it’s certainly more often than not. We owe our beneficiaries a duty to ensure that we are spending money in a way that is as cost effective as possible, while ensuring the best service to them. Strategically, 3% of charities considering a merger is shocking, 0.07% of charities merging in 2015-16 is shocking, and until the sector actually embraces change rather than competition and duplication, we will see charities go out of business, and our beneficiaries will suffer. 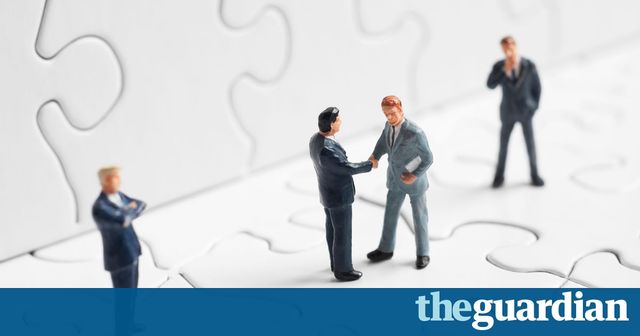 #Charity mergers are rare but vital – and trustees are often the issue https://t.co/Gg7Mfayx9o

Good article. It's pleasing therefore that @themytrust & @YoungKentNow are merging at the end of this month #impact https://t.co/RGqTj5rv14

An interesting article highlighting one reason why charity mergers are so rare, and a degree of protectiveness surro…https://t.co/6FtvTRL5K5

Post @gdnvoluntary: Charity mergers are rare but vital – and trustees are often the issue https://t.co/ONobAtoZCP

#Charity #mergers are rare but vital – and #trustees are often the issue #thirdsector #collaboration https://t.co/M59ZsrxBek