Over the past couple of weeks, it has emerged that proposed reforms to the Lobbying Act, recommended by Lord Hodgson and endorsed by the vast majority of the charity sector, have been flatly rejected by the Government.

As I have discussed in earlier blogs (see: http://insights.brabners.com/post/102eeh8/lobbying-act-reforms-demanded) calls for reform were intended to clarify the existing law (which is riddled with uncertainty and a general lack of clarity) in the hope that the "chilling effect" of the legislation on charities' campaigning activities could be reduced or taken away altogether.

What I have found most interesting about the article below are the comments attributed to the former Minister for Civil Society, Rob Wilson, and his views on the Government's attitude to the voluntary sector.

In the lead up to the last general election, the Prime Minister, in a speech relating to the so called dementia tax, spoke openly about consulting with charities (as well as other organisations and agencies). This led to some optimism that charities were suddenly being taken seriously by the Government but these latest revelations seem to reinforce concern within the sector that the views and activities of charities are dismissed.

So for the time being, charities are stuck with the Lobbying Act and the uncertainty and administrative burden it brings. It will be interesting to see how the larger most vocal charities respond ahead of the next general election (whenever that will be).

At the end of last week, it emerged that ministers had flatly rejected modest proposals by Tory peer Robin Hodgson to smooth the rougher edges of the Lobbying Act, branded a “gagging law” by its harsher critics because of its perceived effect of deterring charities from campaigning in the run-up to elections. Voluntary sector leaders are in shock – and Hodgson himself is more than a little surprised. It had been widely expected that ministers would take the opportunity to throw the sector an olive branch, or at least play for time on Hodgson’s proposals, if only to shore up those senior charity figures who do not consider the act to be beyond redemption. Now the calls for its scrapping will surely mount. 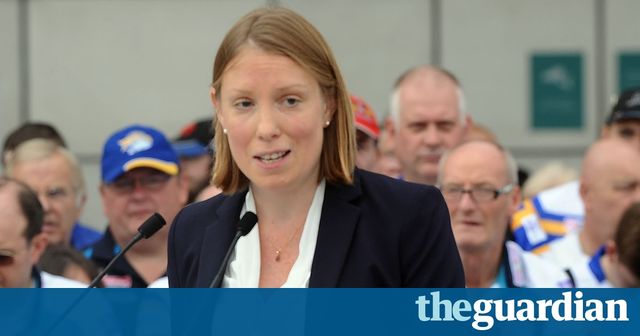 The Lobbying Act is stifling charities. But the Tories don’t seem to care https://t.co/p2qb82b7xO

The Lobbying Act is stifling charities. But the Tories don't seem to care - The Guardian https://t.co/Pf1ylRYGSK

So are the changes rejected or is there not enough time? Would gov accept Private Members Bill? Odd response. https://t.co/SJZGkPJfB3

Government rejects proposals to reform the Lobbying Act and other headlines broken down with @RachelCCain : https://t.co/xE48r0FEgs pic.twitter.com/iPz3UtC0LM

"@jceriedwards: Disappointing that Lord Hodgson's proposals to reform the #lobbying act won't be taken up by Government .
A Disgrace!