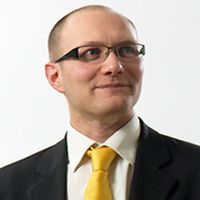 New Entry at number 15 of the Official UK Top 40 Singles Chart on Friday 6 October, and Number 1 on the iTunes Chart, "Little Bit Leave It" by Chris and Kem (available https://www.youtube.com/watch?v=2spUxnYdQXE  and http://smarturl.it/LittleBitLeaveIt) was also in the news for an intellectual property dispute with rapper and grime MC Lethal Bizzle.

Confession: While I’ve obviously heard of Lethal Bizzle (his YouTube clip with Judi Dench also making the news recently, https://www.youtube.com/watch?v=H7ojygIbMYk) and Love Island’s Chris and Kem (and even heard them on Nick Grimshaw’s Radio 1 show this week promoting their new song), I didn’t watch Love Island and hadn’t listened to either "Little Bit Leave It" or "Leave it Yeah" (https://www.youtube.com/watch?v=Co8QwDoR60Y) until I saw this story.

Other than both being raps and the repetition of the words "leave it" throughout, I do not consider the tracks to be particularly similar, at least not to the extent that would give rise to a presumption of copying in the court. However Lethal Bizzle called them out for infringing his rights and appears to have successfully settled his claim with a percentage share of the royalties (which he has indicated he may give to charity).

It seems a good result for Lethal Bizzle, as it may have been hard to succeed with the claim in the court. The words "Leave it Yeah" are unlikely to be considered sufficient to constitute a copyright work in their own right, although the full lyrics would constitute a work. To succeed with a copyright claim he would have to prove that the repetition of the words "leave it" was a reproduction of a substantive part of the whole work (and that it had been copied and was not simply the result of independent creation). The test for substantive part is qualitative not quantitative, although the fact that "leave it" is in the name of the track and repeated throughout both tracks would help that argument. Only the writers know whether they copied Lethal Bizzle, and maybe that is why they settled so quickly. Of course, we do not know the terms of the settlement, and, regardless of what has been agreed, it has added to the publicity of both Chris and Kem and Lethal Bizzle.

The number of music and lyric copyright claims in the news has risen recently, following the multi-million damages award against Pharrell Williams and Robin Thicke for Blurred Lines in a US claim for infringement of the copyright in Marvin Gaye’s Got to Give it Up, with recent claims against Ed Sheeran also making the news. See our previous coverage: http://www.brabners.com/blogs/ip-%26-it/thinking-out-loud-about-copyright-claims; http://www.brabners.com/tags/copyright-infringement-damages-pharrell-williams-robin-thicke-marvin-gaye-blurred-lines-got; http://www.brabners.com/news/intellectual-property-partner-colin-bell-speaks-bbc-radio-4-ed-sheeran-hits-headlines-over.

In a not dissimilar case, Taylor Swift is defending a claim that Shake it Off featuring the lyrics “Cause the players gonna play, play, play, play, play/And the haters gonna hate, hate, hate, hate, hate” infringes rights in Sean Hall and Nathan Butlers 2001 hit “Playas Gon’ Play” which contains the line line “The playas gon’ play/Them haters gonna hate”. https://www.forbes.com/sites/legalentertainment/2017/09/19/taylor-swift-sued-for-lyrics-in-mega-hit-shake-it-off/#178bd9225201. The outcome of that case is yet to be decided but it is worth noting that Taylor Swift fended off a similar claim in 2015 when Jesse Braham claimed it had been copied from his song “Haters Gone Hate”.

It is also worth noting that in addition to copyright claims, there is a recent trend by artists including both Taylor Swift and Lethal Bizzle to trade mark their lyrics. With Swift recently attempting to trade mark "Party Like its 1989" among other lines (http://www.brabners.com/blogs/ip-%26-it/trademark-it%E2%80%99s-1989-taylor-swift-ip-protection-bid) and Lethal Bizzle’s management company also registered "Leave it Yeah" as a trade mark in the UK in 2012 – although not in relation to music and entertainment goods or services, but clothing merchandise - T-shirts, sweatshirts, hoodies, hats, baseball caps, vests, footwear, jackets, track suits, gloves, socks. Lethal Bizzle certainly considers “Leave it Yeah”, along with “stay dench” (also a registered UK trade mark) and “Two Two’s” to be some of his trade mark catchphrases, and it may have been this more than the potential copyright claim that was his main concern.

Lethal Bizzle’s manager also spoke out about the incident to Metro.co.uk, saying: ‘Kem and Chris’ record label have been in contact with us and we’ve agreed a percentage share for Bizzle in the royalties to acknowledge his intellectual property rights in the phrase “leave It”.

Think I'm gonna give my #littlebitleaveit money to charity. Give me some suggestions on who to give it too?