I recently wrote about Uber's appeal against a tribunal decision concerning the employment status of its drivers.  The drivers concerned were found by the tribunal to be workers and not self-employed as Uber contended.  The appeal hearing was held last month, but we are still awaiting the outcome of that case.

Since then, I have seen that Uber is in the press again and is now involved in another legal challenge. Uber has submitted an appeal against TFL's decision not to renew its private hire licence and against the determination of it not being "fit and proper" to provide taxi services.

So why all of the interest? Well, aside from natural curiosity, my view is that both sets of legal proceedings highlight a wider issue affecting the UK at the moment - an underlying tension between the running of certain gig economy businesses (which are modernising ways of working and make a significant contribution to the economy) and the rules of the legal remit within which they operate. For example, I can see that some welcome the action taken against Uber, whilst others consider that it is disproportionate.

At a time when we are seeing several reviews into modern ways of working - such as Matthew Taylor's recent report and the separate BEIS enquiry into the future world of work - it remains to be seen whether the government will get the balance right when it comes to the rules applied and what changes they will make to accommodate this (if any).

For employment law purposes, there is certainly a compelling case for updating the current legislation in my view, especially when it comes to the definitions of the different employment statuses. There is a need for increased understanding of the different statuses and how they will be interpreted at court so that businesses can operate with that knowledge of the legal rules and to ensure a level playing field is in place.  In the meantime, heightened interest in legal cases involving gig economy businesses such as Uber will continue, because guidance is needed and examples are sought after due to the underlying uncertainty of the legal principles that we currently have.

Uber has lodged its legal appeal against Transport for London’s decision not to renew its private hire licence, as the ride-hailing app steps up its campaign to keep operating in one of its biggest markets. Uber London filed papers with Westminster magistrates court in an attempt to reverse a ruling that it is not a “fit and proper” company to run taxi services in the capital. 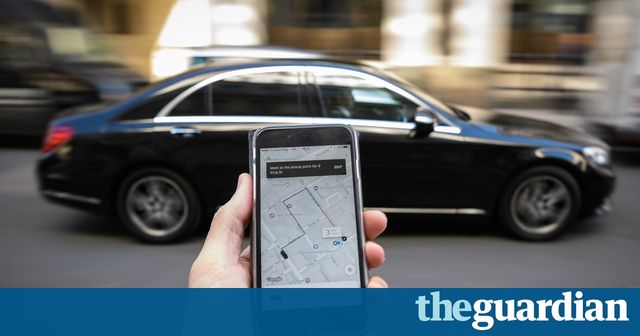 Now the is the time to get involved. Demand a Public Inquiry now via https://t.co/3ucebadKOg. https://t.co/e1IK67hOAj

Summer wedding 2020 - should you get a prenup?
Amy Harris