Sainsbury’s have been praised by an employee’s son for the way in which the company dealt with the employee following her Alzheimer’s diagnosis.

The son’s heart-warming tweets have been picked up by the media including Stylist magazine in their recent article entitled, “The surprising way Sainsbury’s handled this female employee’s Alzheimer’s diagnosis.”

The employee’s early onset dementia impacted on her ability to work but Sainsbury’s kept her in her job and implemented reasonable adjustments to deal with the impact of her condition.

According to the son’s tweets (@DoronSalomon) “they have always stood by her, going above and beyond to make sure she’s happy and feeling valued”, even creating a new job for her and keeping her in employment for a number of months after she essentially became unemployable.

Under the Equality Act 2010 an employer has a duty to make reasonable adjustments for a disabled employee.

What amounts to a “reasonable” adjustment is a fact sensitive question. However, according to the Equality and Human Rights Commission’s Employment Statutory Code of Practice, factors taken into account might include the size of the employer, the financial and other costs of making the adjustment and the extent of any disruption caused as well as the extent of the employer’s financial or other resources.

While Sainsbury’s pockets may be deeper than many employers - and they may have more resource available to them - the situation demonstrates not just the need for employers to be creative in dealing with reasonable adjustments for disabled employees, but also the importance of dealing with employees as 'individuals' in a sensitive and understanding way.

Members of the Brabners' Employment Team (in particular, Joseph Shelston and Susan McKenzie) have been working with Maggie’s Merseyside at Clatterbridge (@maggiesclatter) to help raise awareness amongst employers of their duties and responsibilities and the clear message they have taken from these sessions is that many people with cancer view work as an important part of their life and their recovery.

Further, as the state pension age and life expectancy increases the number of people of working age with long term and/ or progressive conditions is set to rise. Consequently, it is likely that increasing pressure will be brought to bare on employers to support staff with such conditions - as well as carers. Employers should therefore be prepared and working with organisations such as Maggies can only be beneficial.

The action of Sainsbury’s in this instance is a great practical example of how to deal with employees having to deal with such conditions.

Alzheimer’s disease is the most common type of dementia, affecting an estimated 850,000 people in the UK. 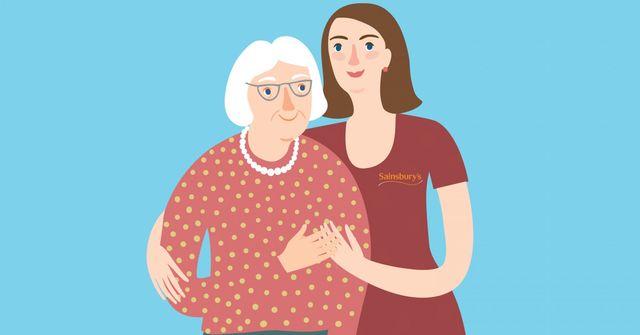 Great story about @Sainsburys making reasonable adjustments so an employee with Alzheimer's could keep working https://t.co/BYrAR4WHC1