There are 168,000 registered charities. Why would we need another one, "Only A Pavement Away" (OAPA), which was officially launched at the House of Commons yesterday, as reported online in The Big Issue (below)?

Because when you walk down the high street after a night out in a pub or a restaurant you see more and more people on the street getting ready to spend another night in the open.

The problem isn't going away and a chap called Greg Mangham who has spent his career in hospitality decided to do something about it. Greg has founded OAPA, which as the piece explains, acts as a conduit between a hospitality sector crying out for more skilled labour as Brexit approaches, and those charities such as Crisis who work to re-integrate the homeless, ex-offenders and ex-service personnel back into society, by giving those most at risk the structure and stability they so badly need and which a paid job provides.

Recently the Government announced its new Civil Society Strategy, emphasising the contribution of the business sector to the "social" sector, and the need for greater collaboration between the private, public and public sectors.

Of course OAPA helps the hospitality sector with its shortage of skilled labour, but that's ancillary to the very significant public benefit of helping some of the most vulnerable in our society to regain their self-worth and get their lives back on track.

Wouldn't it be great if you returned to the same pub or restaurant next spring and the man lying on the street on the other side of the window during your last meal was now standing in front of you, taking your order?

By Hannah Westwater A charity officially launched on World Homeless Day is aiming to reduce both homelessness and problems in the hospitality sector at the same time. Only A Pavement Away (OAPA), founded by hospitality stalwart Greg Mangham, has been designed to help homeless people, ex-military personnel and people with convictions into work – while plugging a gap in the staffing crisis currently faced by bars and restaurants across the UK. Homelessness charity Crisis worked closely with OAPA to advise on the process participants would be led through and to help ensure that they would receive all the care and support they need. 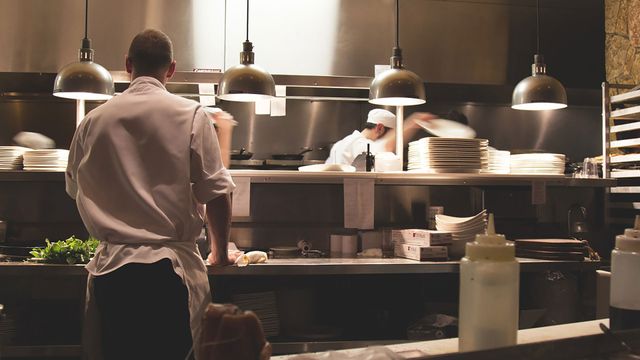 Newly-formed charity @apavementaway hopes to have 500 homeless people, ex-military personnel and people with convictions into bar and restaurant work in its first yearhttps://t.co/uPajefJnwB