Ada Hegerberg became the first winner of the female Ballon d'Or after scoring 300 hundred career goals. The 23 year old was dominant in the 2017-18 season, scoring 42 goals across all competitions, including 14 in the Champions League.

This is the first time in 62 years that 'France Football' has presented an award for the world's best women’s footballer.

Instead of the world of football celebrating Ada's achievements in what should have been a huge victory in the fight for equality; the ceremony was overshadowed by sexist controversy with all attention focused upon French DJ, Solveig who decided to objectify Ada by asking her to 'twerk' immediately following receiving the biggest honour of her life.

The question may be asked if Luka Modric, the male recipient of the award, was asked to demonstrate his best grind? Of course not.

Ada however, did not waiver and went on to deliver a powerful acceptance speech aimed at encouraging young women across the globe to believe in themselves and confirmed "...this is a huge step for women's football, I want to thank France Football, for letting us having this opportunity."

The furore has once again stoked the increasingly fiery debate over sexism in sport with world-renown figures taking up arms via social media to express their views.

Two-time Wimbledon champion Andy Murray was amongst the commentators; "Another example of the ridiculous sexism that still exists in sport. To everyone who thinks people are overreacting and it was just a joke... it wasn't. I've been involved in sport my whole life and the level of sexism is unreal."

The charity; Women in Sport were equally outraged and stated; "The sexist remarks made by Solveig were completely inappropriate and show just how much work is still left to do to create a society that is free from sexism and discrimination."

It is unsurprising to note that 40% of women working in sport have experienced discrimination, while 30% have experienced inappropriate behaviour from the opposite sex. Therefore, whilst it is depressing that this monumental event has been overshadowed by a poor humoured attempt to dim the spotlight on the best of women’s football the events have highlighted how much more is still to be done until women's sport is treated with the respect it deserves.

DJ Martin Solveig apologised to Women's Ballon d'Or winner Ada Hegerberg for asking her after she collected her award if she knew "how to twerk". 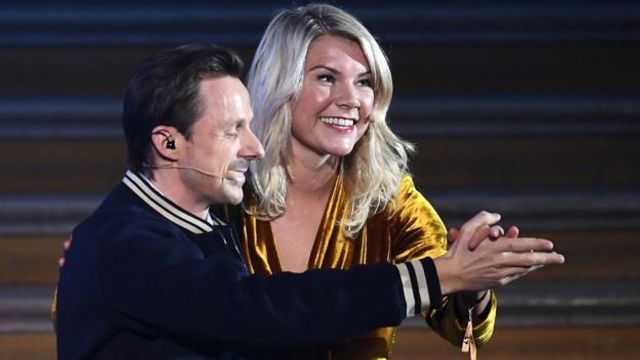