West Ham midfielder Declan Rice released a statement on Twitter last night confirming that he had submitted a written request to FIFA to change his national association allegiance from the Republic of Ireland to England.

Rice had previously featured for Republic of Ireland in Senior international games but is also eligible to represent England (under the FIFA Regulations Governing the Application of the Statutes).

Crucially, Rice had only played for Republic of Ireland in friendly matches. International friendlies are not considered games in an "official competition at “A” international level". Consequently, he is eligible to submit a written request to FIFA for a change of national association.

Article 8 para 3 of the FIFA Regulations Governing the Application of the Statutes states: "Any player who has the right to change associations in accordance with par. 1 and 2 above [meets the eligibility criteria and has not played in an official competition at A international level for his/her current association] shall submit a written, substantiated request to the FIFA general secretariat. The Players’ Status Committee shall decide on the request. The procedure will be in accordance with the Rules Governing the Procedures of the Players’ Status Committee and the Dispute Resolution Chamber. Once the player has filed his request, he is not eligible to play for any representative team until his request has been processed.

Whilst Rice will have to await confirmation of formal approval from FIFA, it is likely to be a mere formality. A number of senior players have already completed this process, and transferred associations successfully (in similar circumstances) in recent years (Diego Costa Brazil - Spain, Lukas Podolski Poland - Germany, Pepe Brazil - Portugal, Jonathan de Guzman Canada - Netherlands - to name a few).

Credit has to go to Rice for making a considered decision and taking the time to explain his decision making process in detail to his followers on Twitter. 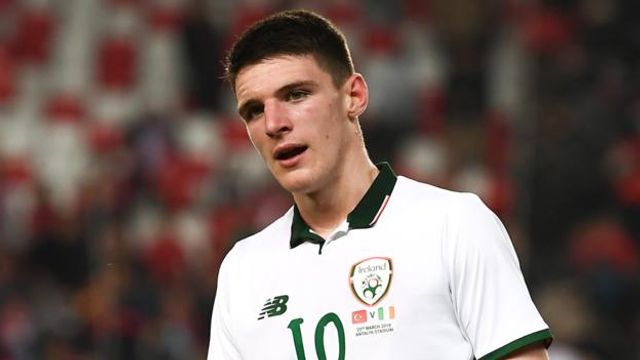 BREAKING: @WestHamUtd midfielder @_DeclanRice has confirmed he has chosen to represent @England on the international stage. pic.twitter.com/dfVfKnxpQC