A celebration of International Women's Day provides us with a timely opportunity to reflect on the success of the England Women's Team on Tuesday night when they won the SheBelieves Cup for the first time. It is also a fantastic opportunity (not that we should need one) to consider and celebrate the amazing efforts of women all over the world of sport, both on the pitch and in administrative, operational and managerial positions.

Phil Neville commented after the Lionesses' win on Tuesday night that the women's and men's England football teams can "dominate world football". Whilst I don't disagree with the statement, it is important to note that Neville is operating at the elite level of women's football in this country, and whilst a direct comparison (in relative terms) between the elite levels of men's and women's football will show plenty of success stories, there is still so much work to be done on the wider equality, diversity and inclusivity  issues - from the boardroom right down to the grassroots.

In a typically male dominated sector (both on and off the pitch) it is both disappointing and important to acknowledge that women are still having to fight harder every single day to simply be treated as equals next to their male counterparts.

It is an absolute privilege to be surrounded by so many strong, inspiring and demanding girls and women, both at work and at home (including my 13 month old daughter) and it's great to be able to highlight and praise the fantastic impact that they have on me and the people around them. 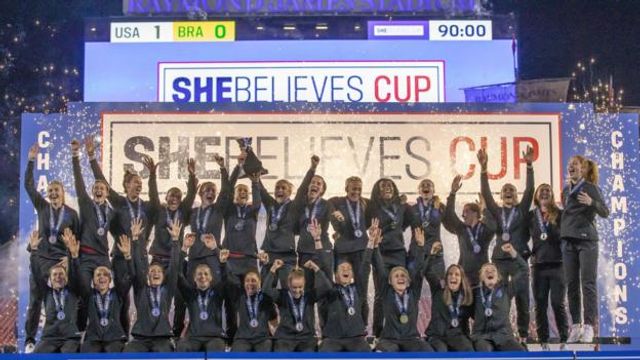