On 8th March (International Women's Day) NatWest published the Rose Review of Female Entrepreneurship.  Data gathered in that report showed that only 1 in 3 entrepreneurs are women, and in certain sectors such as production, this goes down to 1 in 4.

The Rose Review revealed that only 5.6% of women run their own business and that women are half as likely as men to start a business.  However, if more women became entrepreneurs, they could add as much as £250 billion to the economy, an equivalent of 4 years of economic growth.

The report also revealed that women are just as successful as men in sustaining a business however only 39% are confident in their own abilities to start one.  'Back Her Business' has been designed to provide support which will specifically address these barriers and will largely be crowd funded and then topped up by the bank along with providing access to advice and resources.

We are seeing more and more organisations realising the power of diversity and how gender balance is key.  The potential impact that more female entrepreneurs could have on our economy is astounding and should be encouraged.  It is great to see NatWest taking responsibility for closing the gender gap by launching this initiative and hopefully the other banks will follow suit. 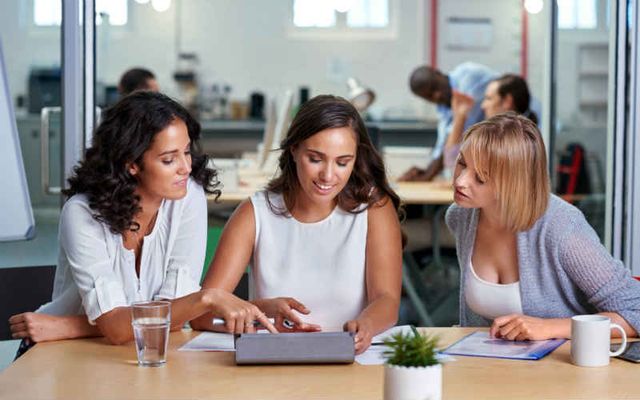 NatWest has launched a new initiative to support female entrepreneurs in preparing their business for crowdfunding.

‘Back Her Business’ aims to assist female-led businesses as part of the bank's wider ambition to reduce the gender gap.https://t.co/AMroSLfdGx pic.twitter.com/5zq5roc6GH

Today we’re proud to launch Back Her Business
Developed in partnership with @crowdfunderuk it's the first female-only crowdfunding programme for would-be #entrepreneurs across the UK.
If you’re thinking of launching your business, start here https://t.co/ySRpgBp59n #NatWestWIB pic.twitter.com/5neAiXvsXj

NatWest launches ‘Back Her Business’: a female-only crowdfunding programme https://t.co/qSIq95JhHw

Today we’re proud to launch
“Back Her Business”

In partnership with @crowdfunderuk it's the first female-only crowdfunding programme for would-be #entrepreneurs across the UK.

Natwest Bank is hoping to help close the entrepreneurship gender gap through the introduction of a female-only crowdfunding programme. 'Back Her Business'.
(via @Finextra )https://t.co/8VQSI6YAzu

To Infinity and Beyond!
Brabners
Recent posts from Brabners LLP