Over the past couple of weeks an interesting dispute has broken out between David Lammy, Labour MP for Tottenham and Comic Relief concerning Comic Relief's methods of raising awareness of the various projects it supports in Africa.

David Lammy's ire was seemingly triggered by social media posts from Stacey Dooley (who I have now learnt won the latest series of Strictly Come Dancing!) which Mr Lammy considers to promote "a distorted image of Africa which perpetuates an old idea from the colonial era", portraying the likes of Stacey Dooley as the "white saviour".

Both Stacey Dooley and Comic Relief defended the approach taken in this case and in previous cases where celebrities have flown out to Africa to participate in the videos we have all seen during Comic Relief broadcasts.

Comic Relief stated that it was "really grateful that Stacey Dooley...agreed to go to Uganda to discover more about projects the British people have funded there and make no apologies for this" and in what could be conceived as a little dig at Mr Lammy, Comic Relief added that it has "previously asked David Lammy if he would like to work with us to make a film in Africa and he has not responded. The offer is still open."

Coverage of the spat continued following an £8 million drop in donations received by Comic Relief on the night of the broadcast with Chris Philp, Conservative MP for Croyden South blaming David Lammy's "pathetic manufactured indignation" and "absurd egotistical posturing".

Comic Relief has reflected on the drop in donations in a more measured manner, stating that "the total is not down because of any one person's view, the reasons for people donating are complex - including the change and decline in TV viewing, and many other external issues."

Reflecting on this episode (a distraction from Brexit if nothing else), it is very clear that diversity in a charity is something that trustees should be keeping under constant review.

The Charity Governance Code lists diversity as one of its seven principles. The Code identifies diversity as including the nine "protected characteristics" of the Equality Act 2010 as well as different backgrounds, life experiences, career paths and diversity of thought. The Code does however focus on diversity in the context of seeking to achieve a diverse board of trustees stating that a board of charity trustees is more effective if it includes a variety of perspectives, experiences and skills.

Should trustees, as a result of this issue, perhaps consider seeking to apply this principle beyond the question of trustee recruitment and actively ensure that a diverse approach is taken in respect of any fundraising campaigns it carries out, for example?

David Lammy's complaints were quite focused in the sense that they applied to campaigns in Africa but many charities engage in campaigns to raise funds in other areas of the world (including here in the UK) and the use of celebrities as a means of raising awareness is a common approach. From a reputational perspective, trustees may wish to consider the way in which such campaigns can be interpreted and how the background, race or ethnicity of those fronting a campaign might impact on its success.

The Labour MP previously criticised the charity appeal for sending documentary maker Stacey Dooley to film in Africa, saying "the world does not need any more white saviours". Donations on the night fell to £63m, compared to £71.8 million in 2017. Conservative MP Chris Philp blamed Mr Lammy for the drop but the Tottenham MP jokingly brushed aside the criticism. 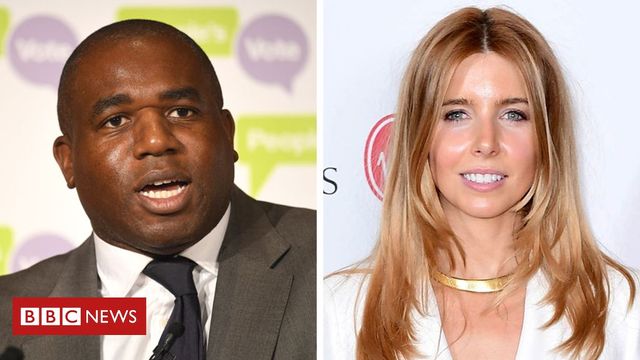