How does women's football capitalise on a landmark World Cup?

That will be the key question facing the new board of The FA Women's Super League (‘WSL’) when it holds its inaugural meeting at Wembley later this month.

After the record audiences generated by the World Cup - and with the opportunities presented by the Tokyo Olympics next year and England's hosting of Euro 2021 - this heavyweight board will face some key issues, not least trying to make the WSL profitable. There is also the negotiation of a new TV deal, ideally one with free-to-air exposure, and which actually makes some money. Currently, TV rights are effectively given away for free to BT and the BBC, who are simply required to cover the costs of production.

Whilst the Premier League have proposed a potential takeover, it is understood that such a move is at least three years away with The FA's funding and support still an integral component to the continued growth of the game. There are also ongoing concerns that the Premier League may ultimately decide it does not want to take on responsibility or investment required.

Whatever the outcome, the clubs are about to take on a lot more power when it comes to the direction of the league. For the first time, Premier League clubs will have a direct say in the running, development and commercial strategy of the domestic game, at arguably the most critical moment in its history.

Building on the momentum of France 2019 by selling more tickets for matches at bigger, better grounds will be another key challenge, with WSL attendances continuing to stubbornly hover around just a thousand on average. However, the arrival of Manchester United and Spurs into the WSL should boost attendances.

Clubs will be encouraged to seriously step up investment into their women's teams, along with improving their marketing and promotion. Thought will also be given to some of the issues the Premier League has faced; for example, how to guard against an influx of overseas signings limiting the opportunities of young homegrown talent, and growing the club sides while preserving the status of the national team.

While important progress has been made in recent years with the professionalisation of the WSL, record FA investment into its national teams, and more media coverage at the top of the sport, The FA also knows it still has its work cut out at the grassroots, where it hopes England's campaign in France inspires more girls and women to take up the sport.

There is cause for optimism, beyond the fact 11 million watched England's semi-final defeat by the US. According to Deloitte, the number of women regularly playing football in England is predicted to surpass 200,000 for the first time this year, an increase of 7%, and reach 227,000 by 2023.

When it comes to strengthening the game commercially, the WSL's recent £10m sponsorship deal with Barclays has been an encouraging development. Brand valuation consultancy Brand Finance says it has calculated the total potential worth of sponsorship in women's football globally is undervalued by over $1bn.

France 2019 has presented the sport with a huge opportunity. But this alone is no guarantee to growing the game long-term. There is a huge amount of work to do.

According to The FA's head of women's football Baroness Campbell, "Our job now at The FA is to make sure all that inspiration turns into participation which is lots harder than it sounds. We need real opportunities to participate in schools and clubs. We've got a massive job to do." "Football now has the opportunity to become the world's leading professional women's sport. Now the time has come for rights holders and brands to shape the future of women's football by building the competition structure, governance, media rights and sponsorship strategy to allow the sport to flourish at both amateur and professional levels."says Izzy Wray of Deloitte. 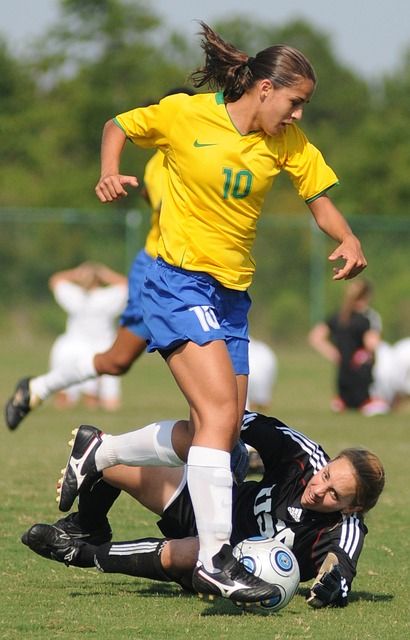