Stephanie Frappart and her all-female team of assistant referees (Manuela Nicolosi and Michelle O'Neill) made history on Wednesday night when they became the first all-female refereeing team to officiate a major men's European match when they took charge of UEFA's Super Cup.

History-making aside, the officials had to deal with video assistant referee ('VAR') reviews, penalty decisions, back chat from players, extra time and a penalty shootout - so all in all just a normal night in the life of any referee.

This sentiment was summed-up eloquently by Turkish Official, But Cakir; "When we go to field of play, we are all called referees. When we go onto field there is no gender."

Whilst Frappart and her team have received global praise from pundits and fans for their measured performance as Liverpool beat Chelsea in a penalty shootout to take the Super Cup crown it should be noted that Wednesday's match was not the biggest game Frappart has refereed this summer. The French official also took charge of the FIFA Women's World Cup final in July and is a regular Ligue 1 referee.

Frappart and her team whilst history makers, are not alone in the equality revolution which is sweeping through football both at a professional and grassroots level. Bibiana Steinhaus is also taking charge of matches in Germany's Bundesliga and Sian Massey-Ellis is a regular assistant referee in the Premier League and there are about 1,500 female referees in England, with the Football Association hoping to double that number by 2021.

Although the tide is turning there is still a long way to go to secure equality in the game. There are currently no female referees in the Premier League or the Football League (EFL) and whilst women are climbing to the upper echelons it is not as financially rewarding as it is for men. Rebecca Welch, is the top female referee in the country, taking charge of matches in the National League, as well as working a 30-hour week in the NHS and like many female officials also takes charge of women's matches.

It is however, without doubt that Wednesday marked a pivotal milestone in Women's football and it will no doubt inspire more women to pick up a whistle going forwards.

UEFA's chief refereeing officer Roberto Rosetti added: "I hope they will inspire thousands and thousands of young female referees around the world. The reason they were chosen is, they are good." 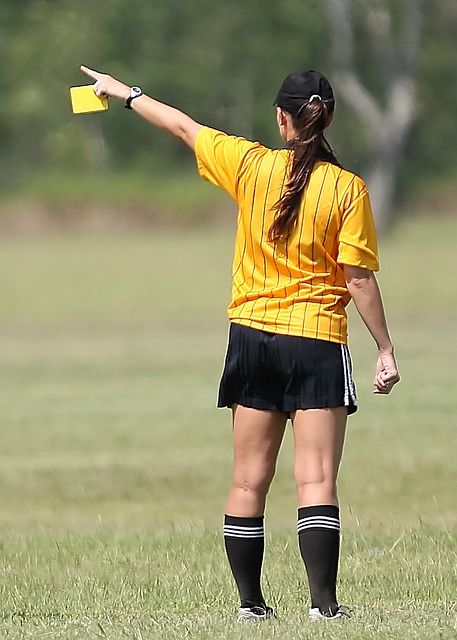