Anyone interested in the sector response can find a raft of comments on various social media platforms and a select few from Twitter are highlighted as part of this post. For my part, I thought I would offer some comments on a few points made by Baroness Stowell - the chair of the Charity Commission - as part of her speech at the annual public meeting...

Baroness Stowell: "at the Charity Commission we want charities to deliver as much benefit as possible in a way that people recognise as charitable because that is such a positive force for society."

What people recognise as being charitable is a different thing to what the law recognises as charitable.

I am sure the Charity Commission's own registrations team will understand this dilemma from the many applications it receives each year. We often find ourselves having conversations with clients about the difference between what is charitable in the eyes of the law and what is simply a good or philanthropic thing to do.

BS: "one of the most important ways in which [the Commission] will deliver on that purpose [i.e. its strategy] is by helping charities and others understand what the public expect of charity and what they value about it – beyond the specific causes which individual charities promote."

Is this the right way around?

The public benefit requirement is law - it exists in section 4 of the Charities Act 2011. It was considered in great depth as part of the Independent Schools Council case in 2011 and in many cases before that.

Surely the Commission's job therefore is to promote what the law says (both to the sector itself and to the public), as opposed to being focused on what the public says it expects of a charity?

It is arguable that in the middle of this debate is a tension between the Commission's statutory objectives.

BS: "We are now using [data] to make a study of pay in charities. When that work is complete, we will publish our findings.

We are not a pay regulator. But we do understand why the public care about how charities pay their staff...

...in many ways, these issues serve as windows into a charity’s soul.

They help the public see whether or not a charity is behaving and thinking in an authentically charitable way..."

In relation to chief executive pay, at what point does a charity think in an authentically charitable way? We can obviously advise on trustees' duties when setting pay and the work that should be done to ensure compliance but is the inference here that charities should pay less than the going rate for a high calibre chief executive? And how does the Commission simply publishing numbers (if this is the intention), without the background reasoning, achieve transparency?

Chief executive pay in charities is often the source of quite rudimentary criticism of charities from the public and the Commission's comments in relation to this issue will carry weight in terms of developing public understanding. A simple publication listing how much chief executives are paid without the specific context applicable to each charity concerned is most likely going to be used as a tool to criticise charities.

BS: "charity is not a bottomless well of goodwill. It has to be lived and demonstrated. Not misused for political expediency."

A subtle reference to charities' role in an upcoming general election? This is likely to be an area of focus for the Commission as discussed in a recent blog.

Overall, it will be interesting to see how the Commission's strategy plays out over the next 12 months. If there is to be a focus on public expectation over an above the what is expected of trustees in charity law then there could be some interesting challenges ahead for charities, their trustees and professional advisors when engaging with the Commission.

And at the Charity Commission we want charities to deliver as much benefit as possible in a way that people recognise as charitable because that is such a positive force for society. 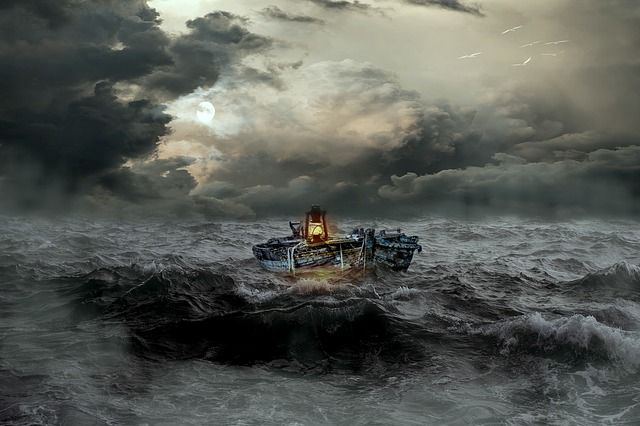 Opinion can be divided on many examples like these, yet no rules or laws have been broken (let's assume).

So who gets to say if they constitute "good" or "bad" "behaviour"? And if the regulator is attempting to draw such distinctions, whose views is it representing? (9/)

Which charities is she talking about? Is it more that the regulator needs to build trusts with charities? Since her appointment she has done much scolding and little promotion or recognition of grass roots organisations working hard to improve the quality of life in communities.

At #CCAPM, our CEO @stephensonhm talks about our role “The Commission has a crucial role in holding the line, on behalf of the public, between what charities are permitted to do, and what they are not, and also to hold charities to account against legitimate public expectation…