As many of our readers will be aware, whistleblowing legislation protects not only employees but also workers and, furthermore, a wider definition of 'worker' applies in relation to whistleblowing rights.

Over many years the government has also responded to concerns to protect groups in certain sectors from detriment for having made protected disclosures.

For example, in 2018, the Employment Rights Act 1996 (NHS Recruitment - Protected Disclosure) Regulations came into force; prohibiting certain NHS employers from discriminating against a job applicant because they appear to be a whistleblower. It is also proposed to extend protection to those applying for roles relating to children’s social care functions in local authorities (s.32 of the Children and Social Work Act 2017).

So what about Judges? In this case of (Gilham v Ministry of Justice), the EAT had previously held that a District Judge, who was an ‘office holder’, was not a worker under the Employment Rights Act (ERA) (1996) and was not therefore entitled to whistleblower protection.

The EAT reasoned that there was nothing in the manner of the District Judge's appointment that suggested an intention of the parties to enter into a contract, as required by the section 230(3) ERA 1996 definition of a ‘worker’. In this respect it is worth noting that District Judges are appointed by the Queen, on the recommendation of the Lord Chancellor, and their role, functions and authority are prescribed by statute.

When the EAT handed down their decision I must admit to being a little surprised, largely because many in Crown employment already benefit from express protection (s.191 ERA 1996).

However, the Supreme Court have now ruled that excluding judges from whistleblowing protection breaches their individual human rights.

The president of the Supreme Court, Lady Hale (a legal hero of mine), has said that whilst the manner in which the District Judge was engaged did not suggest ‘a contractual relationship’, it was not enough to say that judges are protected against dismissal (or other disciplinary action) if they speak out.

Lady Hale commented, ‘They are not so well protected against the sort of detriments which are complained about in this case - bullying, victimisation and failure to take seriously the complaints which she was making…She is denied protection from "any detriment", which is much wider than protection from dismissal or other disciplinary sanctions. She is denied the possibility of bringing proceedings before the Employment Tribunal, with all the advantages those have for applicants. She is denied the right to seek compensation for injury to feelings as well as injury to her health.'

It was accepted that sometimes difficult choices have to be made (between individual rights and the needs of society) but 'in this case there is no evidence at all that either the executive or parliament addressed their minds to the exclusion of the judiciary from the protection [of the ERA]’.

The judgement records that no ‘legitimate aim’ was raised for excluding judges from such protection.  'It has not been explained, for example, how denying the judiciary this protection could enhance judicial independence. Of course, members of the judiciary must take care, in making any public pronouncements, to guard against being seen to descend into the political arena. But responsible public interest disclosures of the sort which are protected under Part IVA do not run that risk. Indeed, the object of the protection was to give workers the confidence to raise malpractice within their organisation rather than placing them in a position where they feel driven to raise concerns externally. It is just as important that members of the judiciary have that confidence.'

The case will now be remitted to the employment tribunal on the basis that the Judge is entitled to claim protection under the ERA 1996.

Lawyers (and non-lawyers alike) will no doubt scrutinise the case with interest.

Claire Gilham, who was sent death threats and dealt with violent courtroom litigants, has secured for all judges the right to receive the standard employment protections given to other workers. 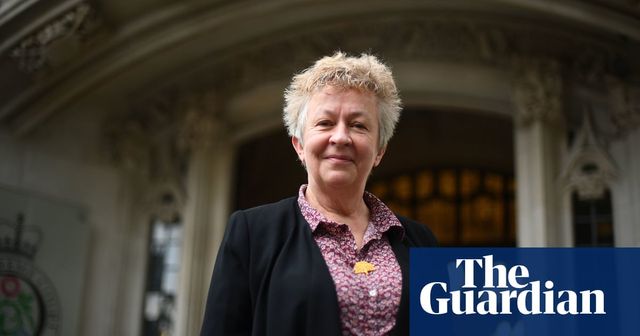 A district judge who says she was bullied and had a breakdown after speaking out about the impact of #legalaid cuts has been vindicated in a landmark #whistleblowing case at the Supreme Court @owenbowcott https://t.co/7uk21KWGSh