The first British National eRacing Championships were held in March 2019 by regulatory body, British Cycling, in conjunction with Zwift. eRacing is virtual cycling whereby competitors virtually race each other on time trial courses. This is achieved via the computer software ‘Zwift’ and a bike connected to a ‘turbo trainer’. Zwift recognises how fast an athlete is peddling and calculates their virtual distances travelled.

At the Championship's qualifying event in February 2019, over 400 cyclists participated virtually from either their homes or a local gym. Out of the 400 participants the fastest ten men and women were selected to take part in the Finals.

The Finals consisted of three races: an elimination, a scratch and a points race with the winner being awarded a coveted white jersey trimmed with red and blue hoops. After completing three races over two gruelling days, Cameron Jeffers who had placed 12th in the qualifiers and was only competing in the Finals by virtue of a number of drop-outs was crowned champion and donned the Champion’s jersey.

In April 2019, British Cycling received an anonymous email complaining of the method by which Mr Jeffers obtained access to the specific virtual bike used in the Championship. Mr Jeffers had unlocked the ‘Tron Bike’ (a higher tier but not necessarily fastest bike characterised by its fluorescent neon-trimmed wheels) by climbing a total of 50,000 metres in the Zwift app.

Upon being presented with the allegation, Mr Jeffers admitted that an unnamed individual approached him with an offer to use an industry tool known as an ANT+ Simulator (normally used to test products) to complete the required 50,000 metre climb on his behalf. It was found that he hadn’t obtained the higher tier bike by his own volition.

British Cycling has upheld a charge of Unsporting Conduct in the British Cycling eRacing Championships, under clause 5 of the disciplinary code and sanctioned Mr Jeffers for breaches relating to manipulation of pre-race data to gain an unfair advantage via in-game equipment. As a result Mr Jeffers was stripped of his title, fined £250 and banned from competing in all cycling races (eRacing or otherwise) for six months.

Whilst Mr Jeffers accepted his punishment; his conduct has been contested as falling short of the cheating threshold laid down in traditional sports. Although it is undisputed that he obtained the bike by a method prohibited by Zwift’s terms of use and in contravention of British Cycling’s rules and regulations, however, the advantage he gained by using the bike in the Championship races was questionable.

It is uncontested that other competitors had access to the same bike and it has been proven that the bike wasn’t necessarily the fastest one available in any event. The same variation in equipment between competitors is true of conventional road or track racing. It is conceivable that Mr Jeffers may have won the Championship through his own skill and strength but regardless, it remains that he broke the rules in the build-up.

The issue of cheating remains a constant threat in all sports including esports. Particularly in circumstances, such as in this instance, where qualifying events take place from the comfort of athletes’ homes. This case highlights the risks faced by the International Olympic Committee ('IOC') when deliberating the inclusion of esports as a future Olympic event.

If the intention to launch eRacing to the global audience by way of the Olympics is to be seriously entertained, athletes need to be assured that they are competing on an even playing field with the same equipment.

Perhaps it would also be necessary for the creation of bespoke rules of conduct applicable to esports events. British Cycling have undertaken measures to safeguard eRacing and have produced bespoke rules and regulations to govern the sport. These rules were in force at the time of the British National eRacing Championships, however, Mr Jeffers contends that they were not in force at the time of his infringing conduct.

It is apparent from this case that esports are no exempt from the same flaws which hinder traditional sports. The creation of ‘at home’ competitions has created a unique set of problems for sports lawmakers and regulatory bodies that they haven’t previously been required to legislate for.

Irrespective of the problems faced and when considering the faults in the current system, British Cycling’s forthright and decisive response to the matter was commendable, showing that they take their regulatory function seriously. This case undoubtedly promulgates the need for other sports to update their rules and regulations in light of this ‘at home’ evolution.

British Cycling integrity and compliance director Rod Findlay said: “Defending fair play in our competitions is at the core of our responsibilities as a governing body. The fact that we have been able to investigate the offence and uphold the charge reflects the strength of our new disciplinary regulations and our determination to pursue misconduct.” 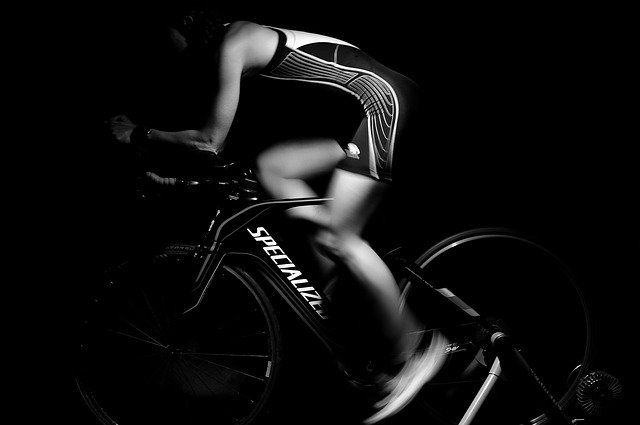