2019 saw Dina Asher-Smith running a bend so geometrically perfect it could have been drawn by a compass before claiming the first world sprint title won by a British woman; England’s Ellen White scoring against USA and Megan Rapinoe's iconic open arms celebration as the USA claimed its fourth World Cup.

These images felt like a metaphor for women’s sport itself. No wonder that throughout 2019 and early 2020 there was a sense of tectonic plates being shifted and prejudices being shattered. But then came Covid‑19 and these images soon became of a different time and place as the sporting world ground to a halt under the wrath of the pandemic.

The women's sports industry has been totally rocked by this virus and there needs to be an acknowledgement that there is a very real threat to women’s sport, especially as under pressure people often revert to the old ways of doing things and such evidence isn’t hard to find.

The McKinsey report on COVID-19’s impact on the sports industry grouped women’s football alongside youth and futsal in the sport’s food chain. Meanwhile, the incessant chatter about sport’s return focuses largely on men’s sport with little concern about the lengthier lockdown of women’s sport. With the FA’s Women’s Super League about to be cancelled, the athletics and tennis seasons in limbo, and the prospects for women’s cricket uncertain, it is entirely possible that professional sport could be female-free zone stretching into the autumn. Contrast that with Germany, where the Frauen Bundesliga will start up again this week.

Out of sight, out of mind, out of pocket? The sports marketing agency Two Circles projects that global sports sponsorship rights fees will fall from £37.3bn in 2019 to £23.4bn this year because of the pandemic. Would Barclays, which last year became the first title sponsor of the WSL in a three-year deal worth £15m, make the same investment today given it recently announced a 38% fall in profits? The fear is that women’s sport, which has risen so fast, is also more fragile.

Some sports will be hit much harder than others. Olympic athletes are supported financially by UK Sport but many of those in football, rugby and cricket face far more uncertainty. It’s not just at the elite level where progress has been abruptly reversed. Sport England, which tracks the nation’s weekly activity levels, reports that the gender gap has widened since the lockdown.

For all the challenges, it is notable how much optimism there is with many involved in women’s sport expecting it to quickly get a second wind; and to not only to survive but to thrive. It undoubtedly helps that a key priority for most governing bodies is to grow their numbers of participants and the easiest way to do that is through supporting the women’s sport. Another crucial factor is that there is far greater public expectation and pressure on sports to invest in their women’s programmes nowadays.

For the time being those in women’s sport will undoubtedly continue to do what they have always done: roll up their sleeves and push on with one eye on a brighter future.

“We can’t just rush to get men’s sport back and not think about women’s sport... There has to be a balance and diversity, otherwise some of the strides women have made could be lost. But, as with a lot of the things I have sat on over the years, the default is always men.” Dame Tanni Grey-Thompson, 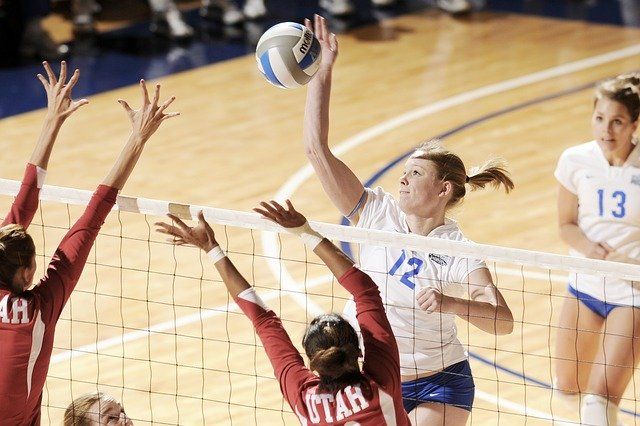